ADA manages the digital identities of people who entertain relationships with the University of Trento. ADA defines their roles, creates and issues the authentication accounts and the access control to the services provided by the University.

The fundamental element of ADA is the digital identity of the person, based on the personal information transmitted by the individuals to the organizational units of the University and recorded in the relevant informatics systems. One of ADA activities is the acquisition, normalization and verification of information, which is then made univocal. This process results in the creation of a single digital identity for each person who entertains relationships with the University of Trento. The digital identities of people whose details are not available in the ICT systems of the University can be directly created in the ADA system by the staff offices of the Departments, Managements and Units.

The digital identity is then connected with an ADA ID and a personal account (University account). Both IDs are transmitted to the person in a permanent way. In this way users are identified precisely when the access the University ICT services.

The information acquired by ADA from the Unitn information systems are used to define the roles played by people in the organization. Roles may vary if the role of the person in the organization varies (e.g. a Master's degree student becomes a PhD student keeps the same University account but his ADA role is modified). Further, multiple roles may coexist. They may be contemporarily released to the same person (e.g. a PhD student can also have a teacher’s role).

Unitn encodes; relations among encodes and re-use of information

These relations are used in order to collect information from different sources and organized it in a homogeneous way (e.g. Organizational chart, Training and Scientific activities in the People system of the University).

The set of data available in ADA is also used as an information database for reference for other information systems and applications (e.g. UGov, TimeSheet, myUnitn, PITre). 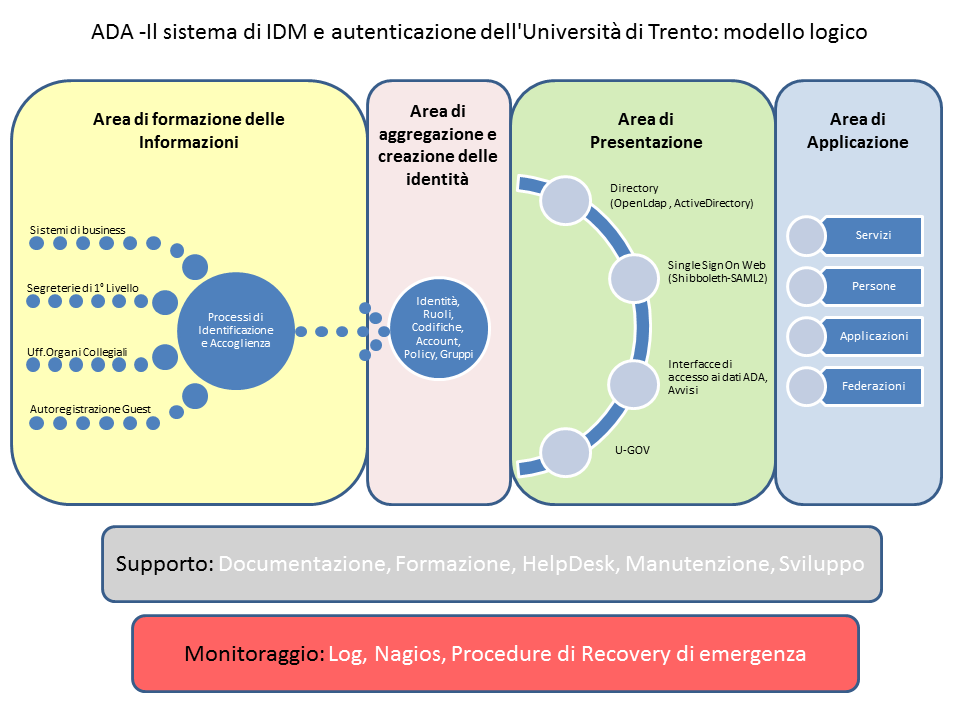